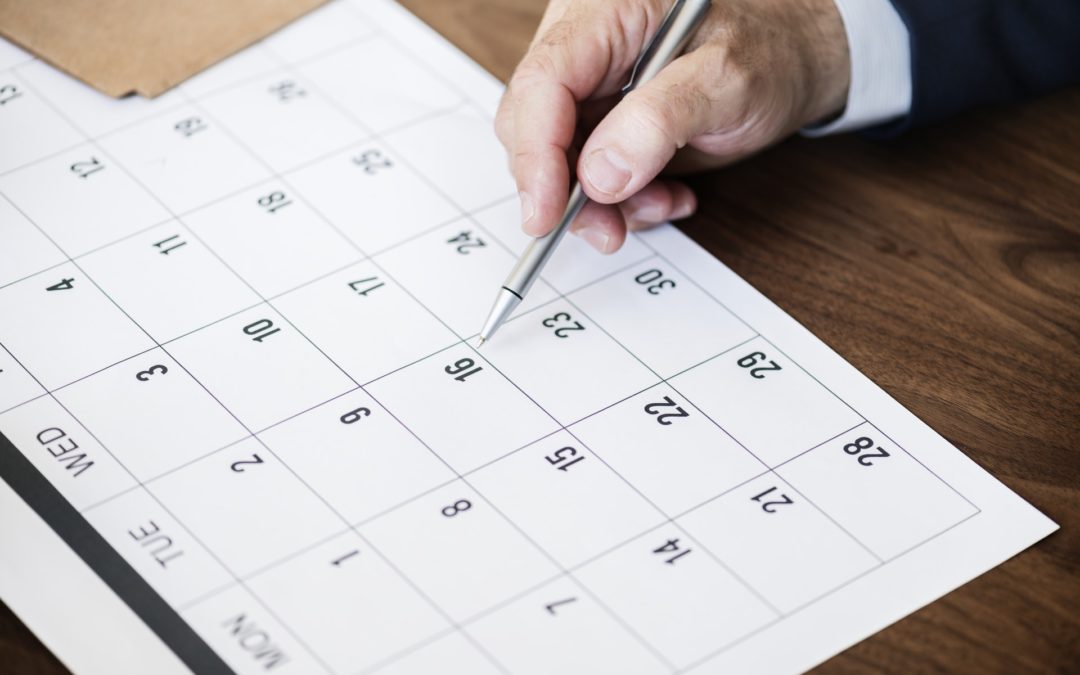 It’s November 1st.  We’re down to the final two months of the year.  What other gifts are on the table you can close before the end of the year?

Actually you have less than 2 months.  You’re probably not going to have many donor visits Thanksgiving week.  And somewhere around December 17 or 18 it’s hard to get any meetings until after the new year.  I’ve had meetings at those time, but only with the donors I am especially close to.

Get your calendar out now.  Get it out and book your dates.  Commit to being on the road a certain number of days.  Decide where you are going to go.  And then pick up the phone and start making phone calls.

It’s amazing how easy it is to get meetings once you finally determine in your mind that you are going.

The last 2 months of the year is the absolute most important time to be in front of your donors.  As the end of the year approaches people are going to make charitable gifts.  They’ve already determined in their mind that they are going to give.  Often, they just don’t know where yet.
I call this getting in the way of success.  Success is like a current that’s flowing.  It’s there.  You just have to step into the current.  There’s so much success flowing out there, that if you just step out you can’t avoid it.
Recently I was on a donor call and the person we were meeting with had just had a major windfall of cash.  By being in his office we became the organization at the forefront of his mind.  And the organization is now getting a substantial gift.
I can guarantee you that gift wouldn’t have been made if we weren’t in his office.
Some other organization is probably calling on him too.  Maybe they would have gotten the gift.  The particular meeting with this donor wasn’t really a strategic one.  He wasn’t the donor we went on this trip to see.  There were other more strategic meetings we had on the trip.  This meeting was just filling out the schedule.
Another recent trip with a client secured a two pledges for major year-end gifts.  The gifts weren’t really upgrades. Each donor essentially committed to doing what they’d done last year.  But would those gifts have been made if we had not made the trip and been in front of our donors?
Based upon my experience, I’d give it a 50/50 shot.  Probably one of them would have come through.  But that other one, probably not.  The gift likely would have gone to another organization that happened to be sitting in the donor’s office around the time it came for the donor to make his charitable gifts for the year.
Get out there.  Good things will happen.