What makes a great fundraiser? 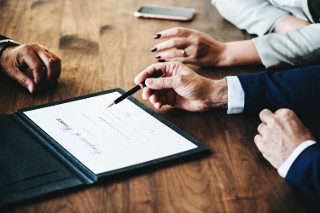 What makes a great fundraiser?

As a consultant with more than a decade of professional experience, more than a thousand donor meetings, and millions of dollars raised, I am often asked by non profit executives and board members, “what makes a great fundraiser?”  When the question comes they’re often in the middle of trying to fill a position.  Quite often, the person who recently left the organization and left the position vacant did a less than marvelous job.

Jerold Panas has written a truly marvelous book on this subject.  It’s called Born to Raise and I highly recommend it to anyone who is involved in fundraising in any way.  Jerry is right.  To be a successful fundraiser you must have impecable integrity.  Hopefully you have a good portion of the 3-E’s: Energy, Empathy, and Enthusiasm.

But you’ve also got to have a willingness to get out there and make things happen!  I call it getting in the way of success.  Success is like a river that is flowing and all you need to do is step into it.  Fundraising can be an intimidating business, and anyone who asks for gifts is bound to get their share of “no’s.”  I sure have!  But successful fundraisers keep going.  They go on the trip even when they are not sure what’s going to come of it.  Then they’re sitting in the living room of a donor, previously unknown to them, and learn that donor has been a major contributor to many other causes just like yours.

A great fundraiser isn’t beaten down by someone who turns down their request for support.  The great fundraisers just keep going, knowing that there are loads of people out there who want to be a part of something bigger than themselves.

Fundraisers with this attitude are the ones I find the greatest joy in training.  I can encourage the attitude, but I can’t make anyone embrace it.  But once it’s embraced I can teach anything.  Now we’re talking about honing talents and refining skills.  But as long as you have the right attitude you can be successful even if your skills are a little clunky.  Attitude is 90 percent.